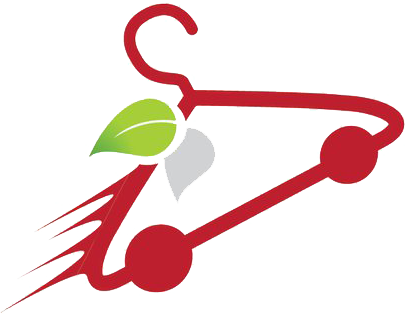 The Many Benefits of Green Dry Cleaning

You might’ve heard the term green cleaning used frequently in news reports over the years.

Commonly used to describe the process of using cleaning products and methods which are environmentally friendly, green cleaning has been the focal point of many industries. So, it’s not exactly a surprise to see that the dry cleaning industry isn’t far behind.

However, in dry cleaning, the main focus is not on the equipment used, but on one solvent, known as Perchloroethylene.

What’s So Special About Perchloroethylene?

This solvent was mainly used in dry cleaning for a long time to take out oil-based stains. However, thanks to research, we’ve now found that this solvent is a neurotoxin and a carcinogen that’s been proven to be an environmental and health hazard.

According to ToxTown, perchloroethylene can cause headaches, drowsiness, dizziness, nausea and vomiting and irritation to the respiratory tract, if one is exposed to it on a short-term basis. However, if exposed to it on a long-term basis, it can not only lead to changes in vision, mood, memory and attention, it can also cause cancer.

As for its environmental effects, perchloroethylene (or PERC) can contaminate the earth, air and water. When used in the dry cleaning process, the chemical is released into the air, where it stays for several weeks before breaking down. When it decomposes, the toxic chemicals released rise to the ozone layer, depleting it in the process. With ground contamination, the toxic leaks into the dirt, affecting plant species.

Of course, when perchloroethylene is taken out of the picture and replaced with an organic solvent, it prevents contamination, thereby decreases our chances of being exposed to any toxicity. There’s less susceptibility of any irritants coming into contact with our skin, so there’s no need to worry about allergic reactions.

Also, the elements are protected against exposure. Because the ingredients used in green products are biodegradable, this greatly minimizes ozone depletion, ground pollution, and water pollution.

And to top it off, green products cost less as well! They’re made using natural ingredients, which costs a lot less than artificially made chemicals. As such, you only pay a bare minimum for the product and get the same result as you would with chemical-based cleaners.

Reid’s Cleaners & Laundry prides itself on being one of the first companies in Austin to use cleaner, safer solvent along with better equipment to clean our clients’ clothes.

If you want to support our green initiative, contact us and make use of our concierge delivery service! Have your clothes laundered by the best!

Tis the Weather for Leather: A Guide to Stain-Free Leather Wear

Common Clothing Stains and How to Remove Them

Clothing 101: Can Shrinkage Be Reversed?

Professional Drycleaning Service-Why You Should Consider It

Household Hacks to Deal With Fabric Holes and Tears

Wardrobe Malfunctions and How They Can be Fixed

Your Ultimate Guide To Remove Stubborn Stains from Clothes (Infographic)

Your Ultimate Guide to Removing Stubborn Stains from Clothes

How to Care For Winter Coats?

For Whom the Smell Trolls: Getting Rid of That Gross Smell from Your Clothes

It’s Never too Latte! What to Do About Coffee Stains

Laundry Pick Up and Delivery Service: Why you Need it?

Choosing the Right Laundry Detergent for Your Needs

The Many Benefits of Green Dry Cleaning